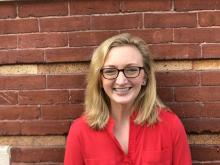 NRRA would like to thank Madeleine DiIonno for her valuable volunteer service to NRRA. Over the past year, Madeleine assisted NRRA as a graduate student at the University of New Hampshire Carsey School of Public Policy. She volunteered her time to assist NRRA with its glass recycling work, and in particular, its processed glass aggregate program. Thanks to Madeleine's efforts, NRRA was able to provide a number of valuable resources to its members related to NRRA's processed glass aggregate program, including the following:

PGA Specifications and Approved Uses by State in New England : A document summarizing the gradation and contamination requirements, as well as the approves uses, for processed glass aggregate for the environmental protection agency and the transportation agency for each of the New England states. Preparing this document involved considerable research and consultation with various state agencies.

Nine lessons from NRRA's nationally recognized curricula ( 3R's of the Common Core: Use it Up, Wear it Out, Make it Do, or Do Without and Teaching Toxics : Creating Solutions to Household Pollution ) were broken out for age groups K-3, 4-6, 7-8 and 9-12. Each lesson plan packet includes a video introduction aligned with each packet theme, the Common Core Matrix (for teachers), a NRRA curricula lesson, a craft or activity and a link foradditional sources.

Lessons include: Recycling and Composting; Reuse and Repackaging; and Hazardous Homes. The goal is to keep recycling education alive both in the home... END_OF_DOCUMENT_TOKEN_TO_BE_REPLACED

Register for Recorded Webinars from the Summer

We made lemonade out of lemons. NRRA is pleased to announce our 2020 Summer Webinar Series recordings are available! Eighteen presentations that would have been available at our annual conference are ready to be watched.

These webinars are available are open to all. The following audiences are encouraged to participate: municipal recycling and transfer station staff, solid waste operators, public works staff, state and local government officials and staff, educators and community members. New Hampshire solid waste operators will receive one hour of continuing education credit for each webinar for participating.

END_OF_DOCUMENT_TOKEN_TO_BE_REPLACED

Vendor of the Month: Crushing It with Ivar since 2008

It all started on a summer afternoon in 2008 when Ivar Martin was crushing rocks for the town of Goffstown, NH. He was watching the glass crusher that NRRA hired and said, "I can build a better mousetrap (glass crusher)". Ivar did and has been NRRA's glass crusher ever since that time for our Processed Glass Aggregate (PGA) program! Glass collected through community recycling programs includes clear, green, and brown food or beverage containers. Glass used to be separated by color, but the market price for recycled glass as cullet continues to decrease. The weight of glass makes it costly to move to a facility to recycle for some communities. Instead, state environmental protection and transportation departments encourage recycled glass to be used locally as a replacement for gravel, crushed gravel, or crushed stone. NRRA’s PGA program outlines the requirements for the acceptable use of PGA as backfill material, drainage,... END_OF_DOCUMENT_TOKEN_TO_BE_REPLACED

The Northeast Resource Recovery Association appreciates pets who remind everyone to recycle! END_OF_DOCUMENT_TOKEN_TO_BE_REPLACED 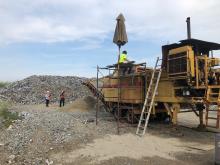 Did you know that NRRA is filming a video about processed glass aggregate (PGA) and how it can be used in road and infrastructure projects? About 65 communities in New Hampshire, Vermont and Massachusetts participate in NRRA's PGA program, which enables communities to consolidate their glass bottles and jars at host sites. The glass is then crushed into an aggregate for local use.

Filming took place over three days at and around NRRA's PGA host sites in New London, NH and Rochester, NH. The film will be available this fall and will feature interviews with NRRA members about both their experience participating in NRRA's program and their experience using the resulting aggregate in municipal public works projects. This film with be a modern version of an older PGA film NRRA worked with New Hampshire the Beautiful to produce decades ago.

NRRA and Solid Waste in the North Country 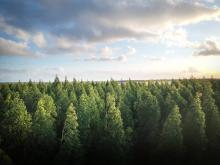 NRRA participated in the North Country Council's "Solid Waste in the North Country" event on August 19 for a discussion of solid waste management systems, the importance of recycling, and the general management of various types of waste in New Hampshire. The event was held remotely and the speakers included Reagan Bissonnette, NRRA Executive Director , Brian Patnoe, NRRA Board member and Solid Waste Manager for the Town of Littleton, NH, and staff from the NH Department of Environmental Services.

As part of her presentation, Reagan answered the following three questions for the nearly 30 attendees. A summary of her answers are included below.

What are you seeing or hearing in regards to how municipalities have adapted practices in response to COVID-19?

There was much uncertainty in mid-March at the beginning of the pandemic, and some communities stopped recycling all or... END_OF_DOCUMENT_TOKEN_TO_BE_REPLACED 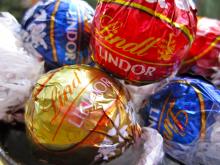 Did you know that July 28 is National Milk Chocolate Day? Our own Heather Herring, Education Manager, recently presented as part of Sustainability Day to members of the Lindt Chocolate Research and Development, Creativity, and Procurement Teams. They requested to learn more about where NH garbage goes and if recycling is really happening today. This young energetic group had lots of specific questions about the recycability of their candy wrappers, plastic trays, and packaging. They are looking into package design for their products and were recommended to consult with NRRA as part of Lindt's Sustainability Report priorities. NRRA was pleased to hear that a chocolate company was working on sustainability from cradle to grave.

NRRA Board Thanks Lisa Stevens for Her Board Service

When Lisa Stevens joined the NRRA board in 2013, she was the Treasurer at BCEP Solid Waste District, which serves the communities of Barnstead, Chichester, Epsom and Pittsfield. Lisa was later promoted to the position of District Administrator, which she currently holds. In addition to serving as NRRA’s Treasurer and providing input on NRRA’s budget and previously serving as Secretary, Lisa recently volunteered to serve on a working group of the Board tasked with reviewing salary and benefits for NRRA staff.

“NRRA thanks Lisa for her dedicated service to NRRA over the years,” said NRRA Board President... END_OF_DOCUMENT_TOKEN_TO_BE_REPLACED 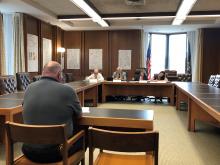 The below news article was originally published July 26, 2020.

In the 2020 legislative cycle, numerous bills were proposed in New Hampshire that are relevant to NRRA’s members with respect to solid waste and resource recovery. Most bills were tabled due to the COVID-19 pandemic (see our March 16, 2020 legislative update for details about those original bills), but three were included HB 1234 , in an omnibus amendment that was passed by the the NH Senate on June 16, 2020 and concurred by the NH House on June 30. The omnibus amendment still must be signed by the Governor before these bills would become law. NRRA has provided a brief summary of the three solid waste bills included in the omnibus... END_OF_DOCUMENT_TOKEN_TO_BE_REPLACED