The City of Keene approached the Northeast Resource Recovery Association (NRRA) because the City is interested in decreasing tonnage sent to the landfill and educating the public on the value of composting food scraps. NRRA partnered with the City of Keene to conduct a season-long pilot program to test two methods to divert food scraps from twelve resident households. Keene’s goal is to keep as much food scraps weight out of their municipal solid waste because tipping fees for solid waste disposal are increasing. By composting the weight of their food waste, which was estimated nationally by the Environmental Protection Agency to be 24.1% of municipal solid waste in 2018, residents can point to visible change in their environment and save the City money.

By mid-season, volunteers had logged in more than 1,000 pounds (half a ton) of food scraps they had personally diverted. Residents were asked to use an app to track their waste diversion called Betterbin, which donated free use of the app for this pilot project. A mid-season survey offered the following insights:

The data is still being collected, and some residents had questions along the way about the setup and maintenance of the Green Cone and Subpod systems. In this case, one, or rather twelve, is making a difference in their hometown.
To find out more about backyard composting, you can find many resources on NRRA’s website including our videos about setting up Green Cones and using Subpods. Stay tuned for an end-of-season report on this pilot program! 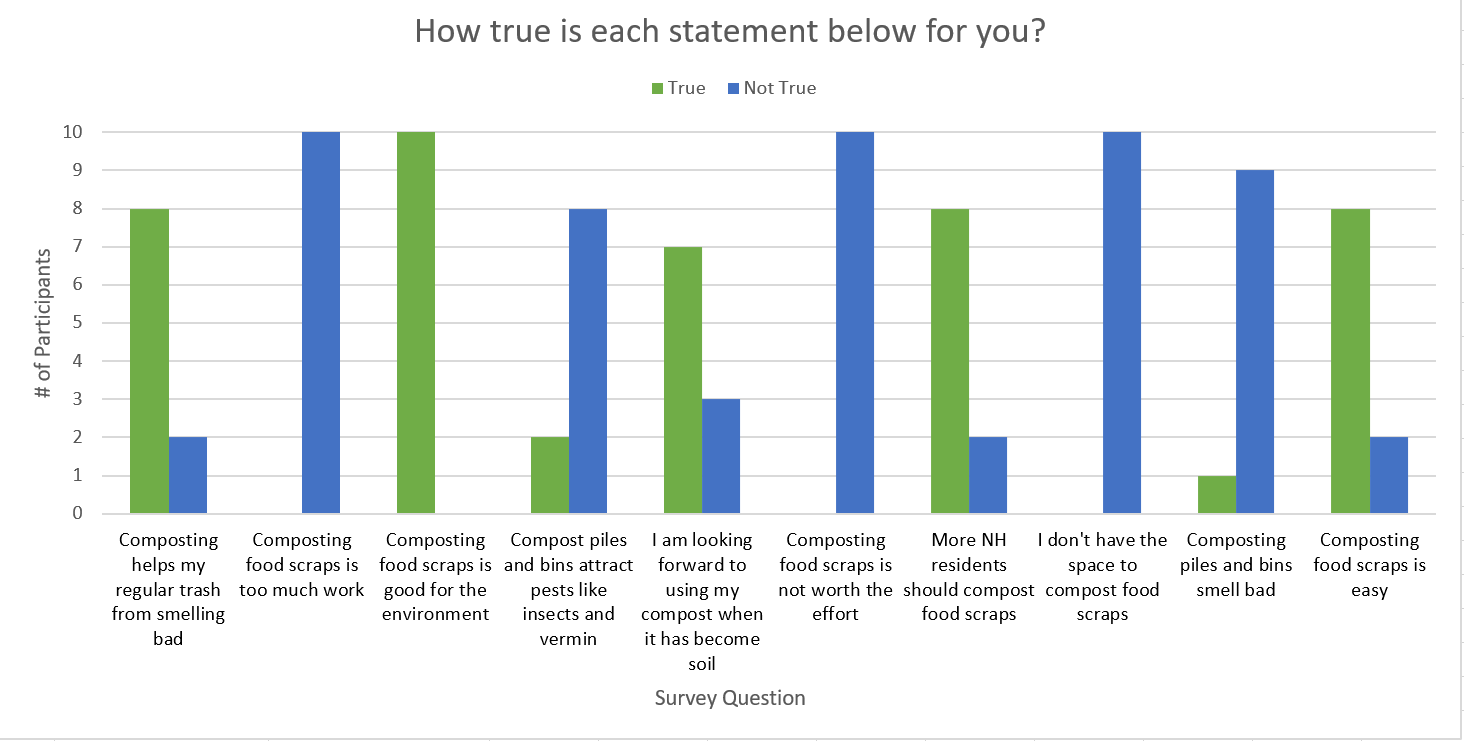