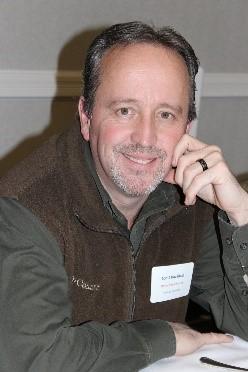 Scott began his professional career after graduating in 1992 from UNH in Durham, NH.  Between 1992 and 2010 his career consisted of numerous design projects, local state and federal permitting projects, and construction management for a variety of private and municipal projects in the civil and environmental engineering field.  Scott’s tenure in the public sector began late in 2010 with Farmington, NH where he was responsible for managing the Highway Department, Transfer Station and Buildings and Grounds.  During his time in Farmington he managed the cap and closure of the State of New Hampshire’s last unlined landfill and managed the design for and opened the Town’s first transfer station.  Since 2013 Scott has been employed full-time as the Highway Director for the Town of Sunapee, New Hampshire.  His responsibilities in Sunapee have included directing, managing, planning, conducting and administering all functions of the Highway Department, Transfer Station and Buildings and Grounds Maintenance Department.  In Sunapee Scott has developed a tracking system for the processing and disposal of all solid waste products and recycling commodities, has restructured the traffic pattern for the Town’s Transfer Station to make it more efficient,  and has opened a very successful swap shop, and worked with the NHDES Solid Waste Bureau on a pilot composting project which other municipalities may use as a reference for composting at their facilities.