Times Have Changed for Recycling in New Hampshire 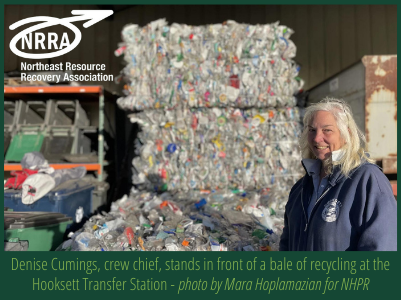 Over the past year, NRRA members and communities have reported that residents continue to hear that recycling is dead, recycling isn't working anymore, and that communities are stopping recycling. In reality, recycling has been doing very well. So much so that this past summer, NRRA Executive Director Reagan Bissonnette penned an op-ed, "Recycling is Thriving, In Part Due to the Pandemic" which was featured locally in the Concord Monitor and NH Bulletin.

Recently, however, Reagan was able to talk with New Hampshire Public Radio reporter, Mara Hoplamazian, to share the real story on how times have changed - for the better - when it comes to recycling in New Hampshire:

The transfer station in Derry is full of neatly organized piles of everything residents don’t want. Old couches, discarded Halloween decorations, and tidy mounds of plastic, cardboard, glass, and aluminum.

Mike Fowler, the director of public works for the town of Derry, says it wasn’t always this way. In 1991, the town passed an ordinance to make recycling mandatory, just as the transfer station built in the early 1980s was starting to overflow.

The goal was to cut down on the amount of trash that had to be put into a landfill or an incinerator. “Everybody just threw it into cans or bags, and it just all went into the trash stream,” Fowler said. "But as time went on, people understood that they could separate their paper or their cardboard, and we started to find markets for that and made a little bit of money.”

He says that money has helped the town offset taxes. And right now, Derry and other towns are making a lot of money off recycling. Fowler says the prices municipalities are able to get are about double what they were four years ago, which is good for the bottom line in Derry’s town budget.

This is a big change. Not that long ago, some towns were looking at shutting their recycling operations down.

In 2018, China made the decision to stop accepting a lot of recyclables – especially those that were contaminated – from the US and other places. That left communities in the US scrambling for markets where they could sell their recyclable goods.

“What a lot of people last heard about recycling was that recycling was dead, recycling wasn't working anymore and that communities were stopping recycling,” said Reagan Bissonnette, the executive director of the Northeast Resource Recovery Association.

Bissonnette said there are a number of reasons the market for recyclables has improved. One reason is the pandemic.

“We're really developing a more robust domestic infrastructure for recycling, which should be able to take up any additional feedstock that is going to come as businesses and schools come back online,” she said.

Over the past few years, other changes have made recycling more stable in New Hampshire.

Listen to the full 5 minute piece or read the article on NHPR.

Thank you to NHPR for sharing accurate, current information about recycling being shared across the State. A big thanks as well to NRRA member communities of Derry, Hooksett, Gilford, and Lebanon for adding your real-life successes to the piece. 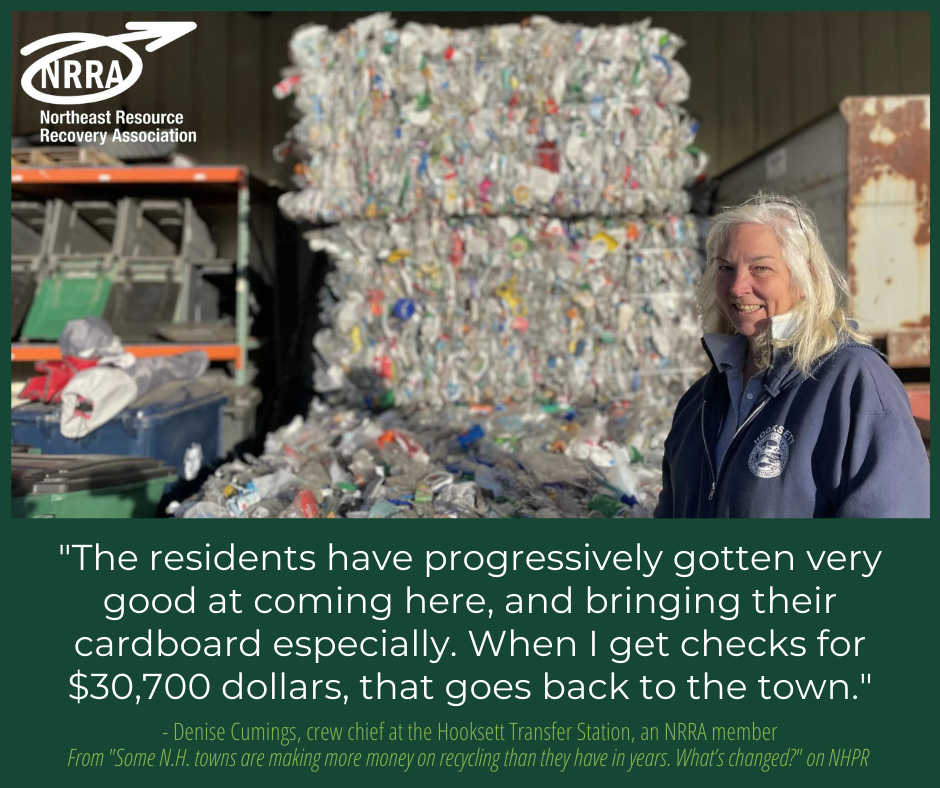