NRRA members were pleased to meet in person on March 9th at the Windham Solid Waste Management District (WSWMD) and gather around a table to discuss recycling markets and composting.  After several great discussions during the Member Operations Marketing (MOM) meeting, we joined Executive Director Bob Spencer for a tour of the facility in Brattleboro, VT.

In 2011, WSWMD began to collect organics and in 2012 they started a curbside collection program and sent the material to Martin's Farm in Greenfield, MA. Eventually, they opened a site in Windham to collect organics locally. The greatest incentive to increase recycling and composting was in 2015 when Pay As You Throw (PAYT) became mandatory in Vermont. With education and an economic incentive, more reluctant recycler residents began to bring in organic material and recyclables to divert from the weight of the municipal waste.  In 2017, WSWMD voted to change from a dual-stream recycling program with a materials recovery facility to a single stream facility with a twist.  Today, WSWMD has organic and recycling collection at all public events and it has become a way of life locally but there is no enforcement of the regulations.

The highlights of collecting organics (food scraps, leaves, wood chips, and grass clippings) include making a compost called Brattlegrow, which makes the district a net $100,000 per year. MOM members got up close and personal with a bucket load of two-week-old organics to test the temperature as it decomposes. WSWMD has a composting demonstration site with a variety of composting buckets and information on them that is hand for public tours.

One challenge of a successful composting program is that they have grown so much that WSWMD may need to expand their program to a new level and cost. They are beginning to partner across the river with NH towns and their needs for collecting organics.  But, with growth comes the excitement of hiring new staff, including Alex Lacie as a part-time Composting Coordinator.

To find out more about composting at WSWMD,  give them a call to take a tour! 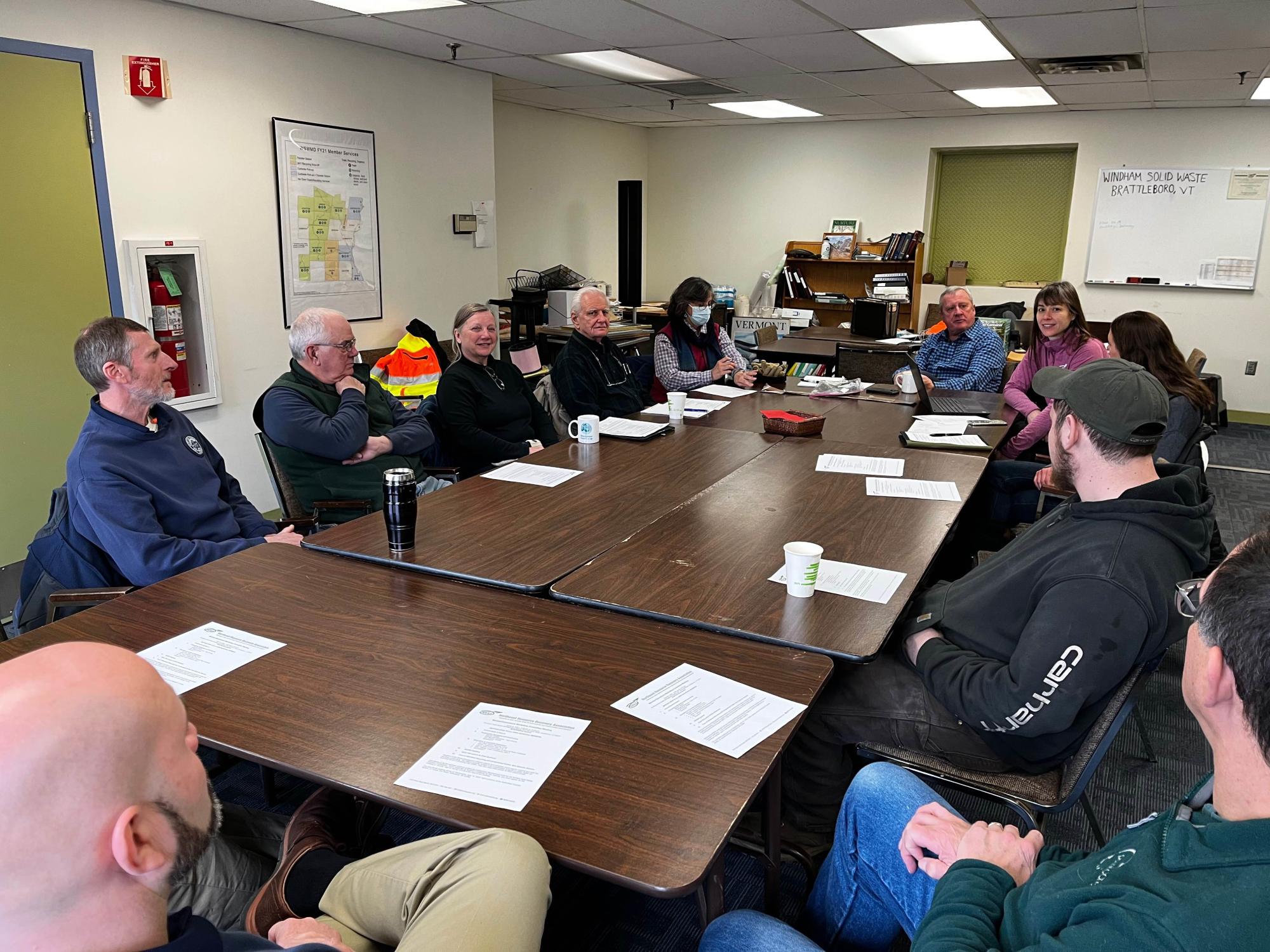