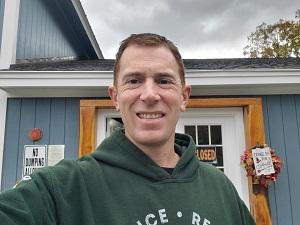 Ben is the Manager of the Walpole Recycling Center, where he has made several improvements through the redevelopment of the new reuse center. He is also the Director of the Alstead-Langdon Transfer Station and sits on the New Hampshire Solid Waste Working Group as the representative for rural communities that source separate recycling. Ben is a lifelong resident of the Walpole, NH area where he adopted a stretch of highway in Walpole and maintains roadside/river cleanups throughout the area.

Ben is a 2004 graduate of the University of New Hampshire, with a minor in environmental studies. He has coached middle school track and cross country for several years, and promotes recycling in school(s) and at running events when it is possible to do so. He enjoys hiking and running in the Surry Mountain/ Mount Monadnock areas. Ben has two Keene High School running daughters, a trail run loving wife, and a dog who doesn’t like to run.